A fully regulated brokerage has unveiled a novel approach for attracting new users — and vows to put traders “on an equal footing with everyone else.”

A fully regulated brokerage with more than 100,000 users globally has introduced a novel way of welcoming new customers to its platform.

According to the company, this could deliver some interesting opportunities that a user may not have contemplated before… such as owning Facebook or Google stock, or gaining exposure to Bitcoin or Ethereum.

In a move to stand head and shoulders above the competition, Quantfury says that users could receive up to $750 of rewards in a single calendar year, depending on how many friends they end up inviting. 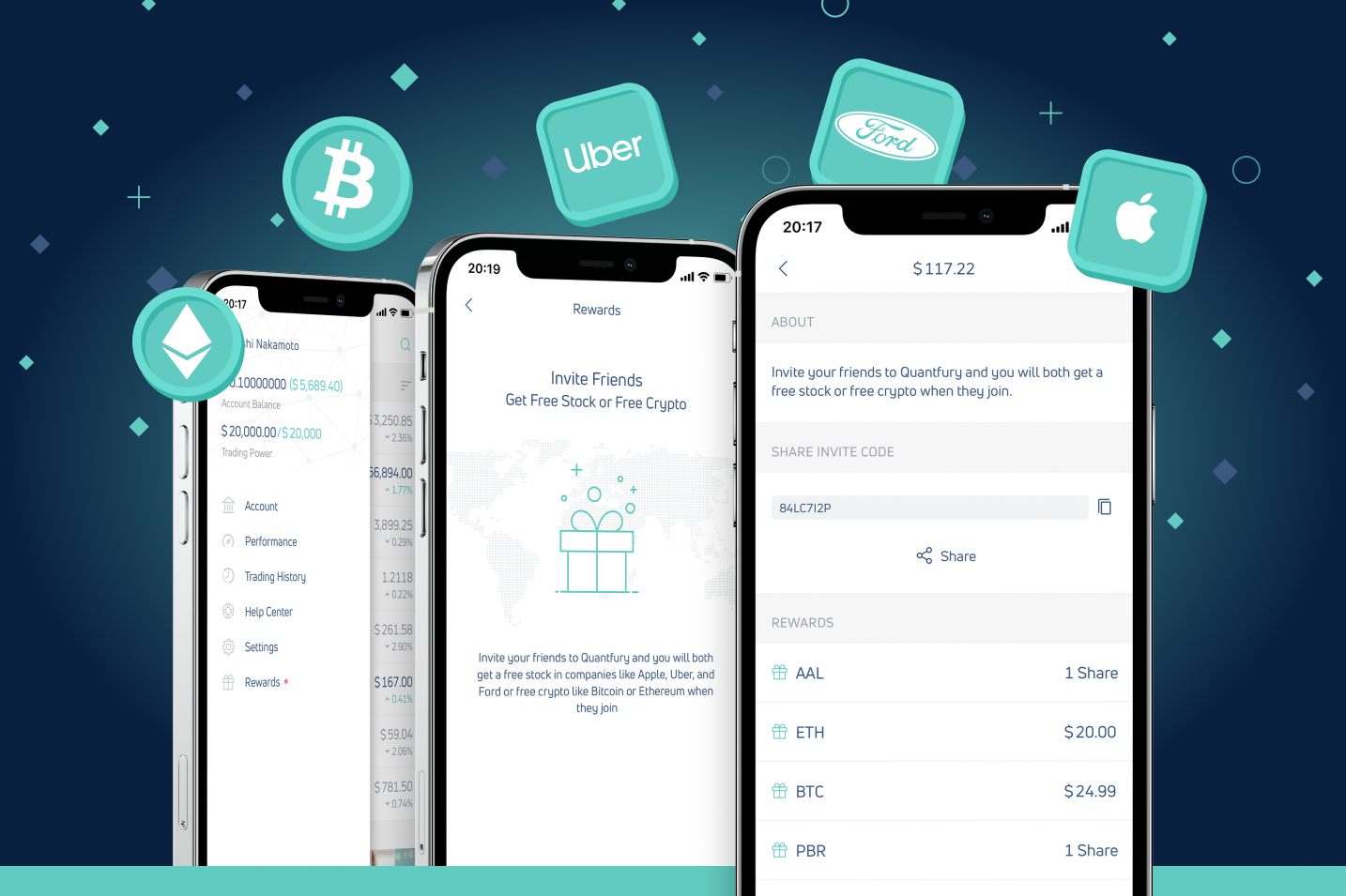 Quantfury’s main motivation is enabling trading and investing to be conducted for free and at genuine spot prices from top exchanges such as the New York Stock Exchange, Nasdaq, CME and Binance — with more than 500 assets currently supported.

Founder Lev Mazur told Cointelegraph: “Quantfury has been putting its global user base on equal footing with everyone else for the last two years. Quantfurians are not at a disadvantage out of the gate and are therefore masters of their own fate.”

All of this helps ensure that traders enjoy a level playing field with the hedge funds and financial institutions found on Wall Street and in the City of London — eliminating the unfair advantage that some high net worth individuals had over retail investors. This issue has become a hot button topic in recent years, especially in the wake of the GameStop short squeeze that was fueled by WallStreetBets, and the fallout that ensued.

The Quantfury team says their approach has led to exceedingly high levels of customer loyalty across the 100 countries it serves — and analytics suggest the app enjoys engagement time that’s on par with apps such as Instagram.

Quantfury believes that a crucial factor in its success has been a laser-like focus on crypto audiences — and to this end, users have had the freedom to fund and withdraw account balances using digital assets. This helped to attract those who adopted the likes of Bitcoin and Ethereum early.

As reported by Cointelegraph in December 2018, Quantfury was built by traders, for traders — and since the beginning, its mission has been to make the markets “absolutely transparent and fair.” Whereas other companies have embraced a motto of “don’t be evil,” the company embarked on a clever play of words by following the mantra of “cannot be evil.”

The platform says word of mouth has played a vital part in unlocking user growth — prompting this new invite-a-friend program. Users can share an invite code that their friends can use whenever they sign up for an account.

Rewards are unlocked once a balance has been added to an account, and their value will fluctuate at the current market rate. Users have 30 days to claim the incentive — and at this point, the asset they’ve been given will be sold at the real-time exchange spot price.

At a time when the equity and crypto markets are becoming ever more entwined — with the likes of Robinhood scrutinized by U.S. politicians after limiting access to certain stocks — Quantfury’s motto of “everybody’s honest trading” could be music to the ears of retail traders and investors looking to capitalize on the latest market movements globally.

Disclaimer. Cointelegraph does not endorse any content or product on this page. While we aim at providing you all important information that we could obtain, readers should do their own research before taking any actions related to the company and carry full responsibility for their decisions, nor this article can be considered as an investment advice.